In this role, Eric will oversee the creative department at Cronin, and work to inspire client and agency teams to create their best work. He believes “smart and simple” is often the secret to success.

Eric most recently served as Chief Creative Officer, North America for McCann. Under Eric’s leadership, McCann was named to Ad Age’s prestigious Agency A-List five years in a row, Cannes Agency of the Year twice (including a record 4 Grand Prix for State Street’s Fearless Girl), and Adweek’s U.S. Agency of the Year. His work for Lockheed Martin’s “Field Trip to Mars” and National Geographic’s “The Astronaut Reality Helmet” both captured Adweek’s Best of Show for Innovation.

Prior to McCann, Eric held top creative positions at leading agencies across the country, including BBDO, Chiat Day, and Wieden+Kennedy, along with his own agency Silver+Partners. He led award-winning work on NIKE, ESPN, FedEx, Monster, BBC World News and Ben & Jerry’s.

Early in his career, Eric joined “The Late Show with David Letterman” as a staff writer. After submitting a Top 10 list of reasons that Conan O’Brien’s show was funnier, he decided to accept a position as Creative Director at Cliff Freeman and Partners. During his time there, it was the most awarded agency in the world during that six-year period. 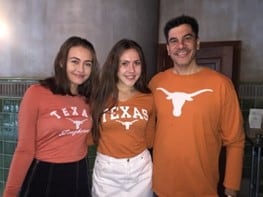 Eric is incredibly proud of the women in his life. He has an amazing wife, Jackie, a daughter who is loving life at UT Austin and a younger daughter attending Wash U in St. Louis. Go Bears!

Check out some of Eric’s work below or visit his site to see even more.